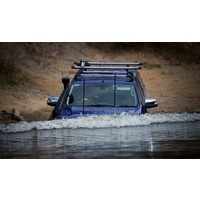 $340.00
*Availability may change without notice due to high demand Australia wide during COVID-19. Please call us on 03 99311160 to confirm stock before purchase, or we can pre-order for you if needed.

Notify me when back in stock

With the huge air flow demands of each engine in the Land Rover 1999 Onwards 2.5L Diesel Defender TD5& TD4 10/2007 Onwards 2.4L Diesel, Safari took the decision to design a snorkel system that raised the air intake to prevent ingesting harmful elements to the vehicles air cleaner.

Huge air flow is but one aspect of the ultimate in snorkel Land Rover Defender TD4 & TD5 design. The Safari snorkel air ram is designed to perform two very important roles. The most obvious is to funnel cool clean air into the snorkel body - but just as importantly, the Safari air ram acts as a highly efficient water separator to remove rain water from the incoming air stream - thus ensuring safe engine operation through even the most torrential tropical storms.

More From This Category 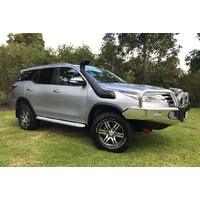 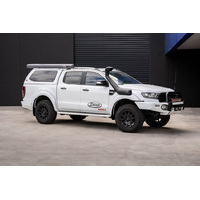